The Indian Pass Wilderness Area is located in Imperial County in the Sonoran
Desert in the southeastern part of California, approximately seven miles from the Arizona
border. It lies between the Picacho Peak and Buzzards Peak Wilderness Areas and is east
of the Chocolate Mountains. It is approximately seven miles from both the Colorado River and
the Picacho Peak Wilderness Area. Indian Pass has great sacred and cultural significance to the Indigenous people of the area, including the Quechan and Mohave, and is part of the traditional homeland of the Quechan Tribe. The land is referred to by the Quechan as the “Trail of Dreams”, for it is here that they “transcend the present world.” In speaking about the land, tribal archaeologist Lorey Cachora said that “It has windows we can use to go into other worlds. There are dream trails we use to learn whatever we need.”

In 1994, a mining company attempted to obtain permits to mine upon this
sacred land. Thanks to opposition from the Quechan Tribe and allies, in
January of 2001, the mine proposal was rejected by the US Department of the Interior/Bureau of Land Management. This land is once again threatened by a proposed open-pit gold mine. At the invitation of the Quechan Tribe, Greenaction for Health and Environmental Justice has now joined the fight to save Indian Pass from the proposed gold mine.

Unfortunately, the project has since been reopened and KORE Mining is
attempting to get permits for a large gold mine that would damage and pollute
the environment of this environmentally sensitive area and would desecrate
the sacred Indigenous land at Indian Pass. KORE Mining intends to use
cyanide heap leaching to extract 1.2 million ounces of gold. The effects of
cyanide is extremely harmful, and usage of the chemical at Indian Pass
would pollute the environment, threaten the health of surrounding
communities and wildlife, and desecrate an area with profound cultural
significance to the Indigenous peoples of the region. 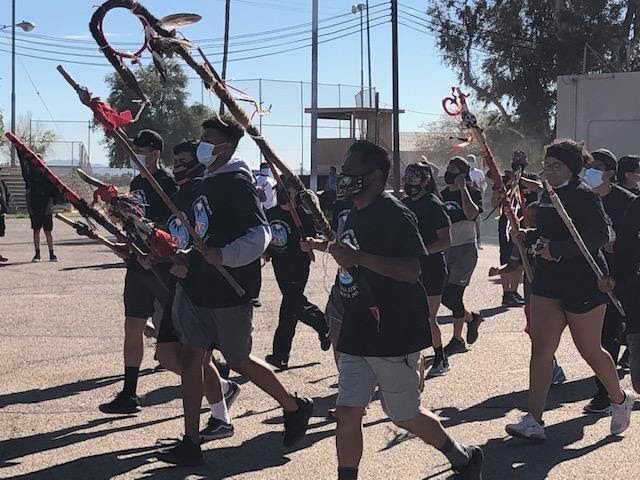 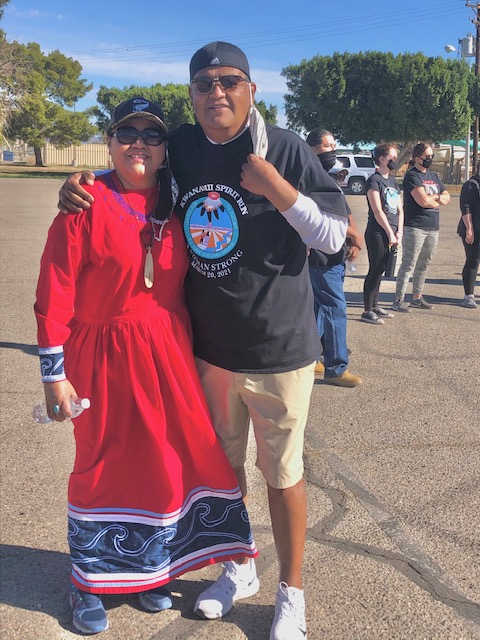