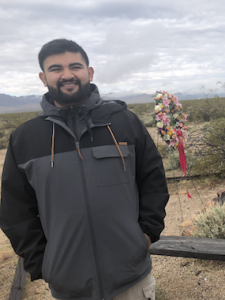 Miguel Alatorre is a Community Organizer and Policy advocate for Greenaction for Health and Environmental Justice. Miguel is a third generation environmental activist who has been involved since he was a child in numerous battles against pollution and injustice in the San Joaquin Valley farmworker town of Kettleman City, California where he has lived his whole life. Miguel helped found and mentor two Kettleman City youth groups KPOP, (Kids Protecting our Planet) and YPOP (Youth-Protecting our Planet) and he is currently leading our Kettleman City Youth Environmental Justice Leadership Academy program. Miguel is Greenaction’s lead organizer on our campaigns to bring clean drinking water to Kettleman City, to reduce diesel truck emissions in his town, reduce pesticide drift from agricultural fields near homes, and opposing new permits for the infamous Chemical Waste Management Kettleman Hills hazardous waste and PCB landfill – the largest such facility in the western US. Miguel is leading Greenaction’s effort to bring together Kettleman City youth and adults to start an organic community garden in his town where the closest grocery store is over 30 miles away.  He is co-coordinator of Greenaction’s new Kettleman City Community Air Monitoring Project that is educating and empowering local residents on air quality issues and to conduct a pilot air monitoring project. Miguel is a local and state leader in engaging state agencies to comply with civil rights laws and to change their policies to stop polluters from ruining the health of residents in the Central Valley and across the state. Miguel represents Greenaction in the Central California Environmental Justice Network and Central Valley Air Quality Coalition. He is also an active member of El Pueblo Para el Aire y Agua Limpia/People for Clean Air and Water of Kettleman City.

In 1997, Bradley joined with grassroots urban, rural and indigenous community leaders from California and Arizona to form Greenaction for Health and Environmental Justice.

For over 35years, Bradley has been a local and national leader in the environmental health and justice movement and has helped communities win some of the most significant victories in the history of the environmental justice movement. Prior to co-founding Greenaction, Bradley was the Southwest Toxics Campaigner for Greenpeace USA from 1987 through 1997. Bradley was Co-Director of the San Francisco Nuclear Weapons Freeze Campaign in 1985, and has been active in many social justice issues since a young teenager.

In 1990, Bradley helped bring together grassroots Indigenous leaders in the first Protecting Mother Earth/Toxic Threat to Indian Lands Conference which led to the formation of the Indigenous Environmental Network.

In 2008, Bradley was one of five people from around the world chosen as a recipient of 2008 Lannan Foundation’s Cultural Freedom Award in recognition of his decades of work with hundreds of diverse communities and Native Nations impacted and threatened by pollution and injustice. In 2014 Bradley was the recipient of the 2014 “Environmental Justice Angel Award” from the East Los Angeles Community Youth Center for his environmental justice work empowering and supporting youth and Latino communities.

Bradley played a lead role in the landmark settlement in 2016 of the Title VI Civil Rights complaint filed by Greenaction and El Pueblo of Kettleman City that successfully challenged racially discriminatory actions by state agencies in environmental decision-making.

Based in his hometown of Kettleman City in California’s Central Valley, Brian is a Community Organizer for Greenaction for Health and Environmental Justice. Brian joined Greenaction’s staff in the summer of 2022.

Brian has lived in Kettleman City his entire 22 years of life. Brian is the first generation of his family to achieve an education. Brian graduated Avenal High School in 2018. Brian began his professional career in welding but found he had a calling for environmental justice work instead. Brian helps educate and mobilize community residents on pollution and health issues including the giant Kettleman Hills hazardous waste landfill, diesel pollution, and pesticide exposure. Brian helps with Greenaction’s community air monitoring project and our Kettleman City Youth Environmental Justice Leadership Academy program. 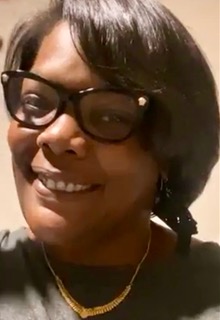 Kamillah Ealom is Greenaction’s Bayview Hunters Point Community Organizer/ Program Coordinator. A San Francisco Native, Kamillah was born and raised in the Bayview Hunters
Point neighborhood. Kamillah resides in the Bayview and advocates for health and environmental justice. She received her Bachelors in Sociology from Dillard University and is currently studying for her Master’s in Public Health at San Jose State University.

Suffering from asthma her entire life, Kamillah is passionate about informing and mobilizing her community regarding the neighboring toxins that impact them. Kamillah actively works with our many community partners on campaigns including advocating for full cleanup of the Hunters Point Naval Shipyard Superfund Site and other contamination sites and ending industrial pollution that impacts the air residents breathe. Kamillah is the Coordinator of the Bayview Hunters Point Environmental Justice Response Task Force that brings together residents, community and environmental justice groups, and local, regional, state, and federal agencies to respond to community complaints about pollution.

Kamillah is a strong community organizer in the frontlines, galvanizing and actively getting the
community involved regarding health and environmental justice issues in the Bayview Hunters
Point Community. Kamillah is vested in her community where she grew up, believing that
change comes from those most impacted. 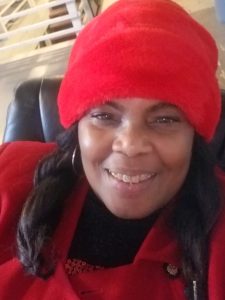 Shirletha Holmes-Boxx is a native San Franciscan and longtime community activist. She joined Greenaction as a Community Organizer/Policy Advocate in 2022 after the painful loss of a two-year-old family member to cancer while living in Bayview Hunters Point. This loss of a young relative inspires Shirletha to bring awareness, education, and empowerment to her community about the environmental injustices in Bayview Hunters Point and other communities.

Shirletha was diagnosed with asthma at the age of three. At a summer program for children with asthma, she met Cati Okorie, who became her lifelong mentor and together they joined in protests around housing discrimination, educational inequality, employment discrimination and anti-apartheid.

Shirletha has spent almost three decades fighting against gang violence and police injustices in San Francisco. She worked with city Gang Prevention programs, and co-founded Girls Against Gangs and the National Organization Against Gang, Inc. In 1997, she opened a gender specific home for female gang members called the Home of Excellence.

Shirletha mobilized Bayview Hunters Point and Visitacion Valley residents in the successful campaign to create the San Francisco Department of Children, Youth and Families. Shirlethaserves on the San Francisco Community Television Board and recently joined the  SoutheastHealth Clinic Patient Advisory Board.  She was a regular host on a KRON (Bay TV) series called “Straight Talk” and many Community Television Shows aired on Cable 25 and 27.

Janice is a San Francisco Native and currently resides in Oakland, CA. Janice manages our administrative work and helps lead our Bayview Hunters Point community campaign to reduce diesel emissions from trucks and buses. For over 31 years, Janice worked as a professional training manager in the Telecommunications industry whose focus was on customer service supporting Business & Consumer customers. This role included designing and facilitating training within the US and Internationally to a diverse population including both virtual and face to face audiences.  Community involvement and leadership include Greenaction for Health and Environmental Justice; Community NETwork Bay Area Chapter, Executive Board of Directors; Volunteer for West Oakland Environmental Indicators Project; Host Committee Volunteer for Super Bowl 50.

Leaotis Martin moved to Bayview Hunters Point from Chicago when he was eight years old, and has been a member of the community ever sense. Leaotis first became involved with Greenaction during the successful struggle that closed the dirty PG&E Hunters Point power plant which was located across the street from his home. Leaotis is a leader in the Bayview Hunters Point Mothers and Fathers Committee for Health and Environmental Justice. He is a Greenaction Community Outreach Worker, informing residents about pollution, health and justice issues, and how they can be involved. Leaotis is an active participant in the Bayview Hunters Point Environmental Justice Response Task Force. He is a strong community leader involved in organizing around environmental health and justice issues and standing up for the rights of his fellow residents. Leaotis speaks with passion and has a strong commitment to social and environmental justice. 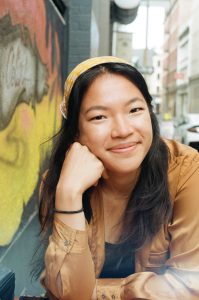 Ashley Song is the Youth and Community Organizer and Social Media Coordinator at Greenaction for Health and Environmental Justice. She was born in raised in Houston, Texas, and is now lives in Oakland, California. Ashley received her Bachelor’s in Earth Systems and Economics and Masters in Environmental Communication from Stanford University. She is passionate about environmental and social justice and believes in the power of youth and collective action to create the world we want to live in. Ashley is excited to lead Greenaction’s Youth Leadership Academies to cultivate and inspire environmental justice community leaders. She has experience teaching, facilitating, writing, and organizing through teaching at Stanford and working at Mighty Earth, International Climate Development Institute (in Taipei, Taiwan), and Earth in Color.